Over on YouTube (scroll down for link menu) I’ve just posted a VHS-quality vid of myself standing up in Berlin on a Friday afternoon in late November 2011. It’s the only visible evidence of a few such talks that I gave in his centenary year, based on my researches into the McLuhan fonds here in Ottawa. Here’s the official announcement:

In a 1959 talk and a 1964 book Marshall McLuhan famously declares that “the medium is the message.” By 1967 the title of a typographically adventuresome book turns “message” into “massage.” In each case McLuhan is urging his audience to care less about the apparent content of communication (what happens to be “on” TV or “in” a book) and more about the psychodynamics of the particular medium (the effects of television or the book per se).

Although later interpreters have viewed the medium=message/massage tenet as central to McLuhan’s thinking, there has been little sustained attention to the practical role of inscription, publication and broadcast in his work. In short, it is time to pay closer attention to the media practice behind McLuhan’s media theory. This talk, based on extensive researches in the McLuhan fonds at Library & Archives Canada, surveys the evidence for McLuhan’s quotidian encounters with the very media that he investigates.

The recording is more or less complete, with a just a few hyperspace sequences. Alas, what really made the talk was the epic barrage of 360 luscious archival images and six videos, few of which I have the right to republish. So I’m simply going to show you a fair-use sequence of headers for each section, introducing McLuhan’s media practice in a thematic and broadly chronological way. In the talk all the fonts went haywire because the Canadian embassy and I had different versions of PowerPoint, which makes for some fun as I try to decipher my own cues. To make it extra weird–and don’t get me wrong, I dug every minute of it–the McLuhan salon is a round room with screens on four walls.

I really like the point in the video where we’re all watching a delightful 1967 clip that ends with McLuhan swiveling around in a chair, musing about the lack of a single static point of view in the electric age, and how “you’ve got to be everywhere at once,” and, just as I had hoped, the camera follows me to settle on a picturesque scene of lounging Berliners intently staring off at screens in every direction. And now here I am–or rather here I’m not, and there you are–asynchronously pondering (and perhaps even replaying) that recursive meta-experience. In an age where “Beavis and Butt-head … appear almost quaint” it’s only getting more and more complicated.

Click on an image below for the respective section of the video, which will open in a new window. If it doesn’t work on your device, try clicking  here and skipping to minute 7. Following the introductory remarks by Stephen Kovats the sections were

in which, by way of introduction, I explain how my take on McLuhan’s media practice grows out of a longstanding interest in the materiality of communications;

is a glimpse into the archival evidence for the pre-literate stage of McLuhan’s life;

examines the young Marshall’s literacy, and describes his collection of cigar bands; 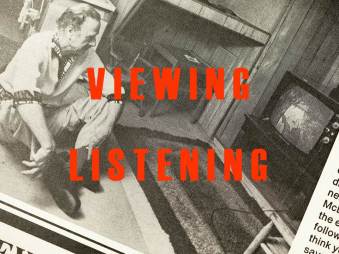 surveys the very detailed evidence for McLuhan’s youthful involvement with radio and cinema;

surveys some fresh evidence for McLuhan’s interests in rhetoric, including public speaking;

examines material aspects of McLuhan’s scholarly writing, including manuscripts and typescripts for his major publications; 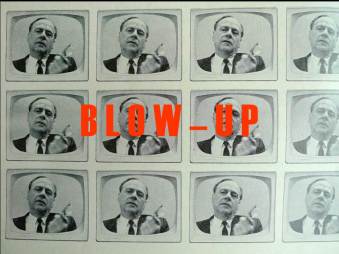 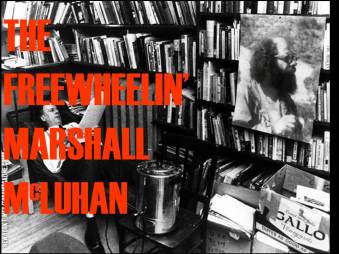 The question period begins here, with Dieter Daniels (chopped out of the recording) asking whether McLuhan had technical experience with new media, say along the lines of German media theorist Friedrich Kittler who also built synthesizers.

I met some amazing people at that event, starting with my gracious host Stephen Kovats, who introduces me in the full version of the video. Thanks again Stephen for working so hard to bring me there at a time when I really needed a leg up.

1 thought on “Video: My Berlin talk on McLuhan’s Media Practice”