Here’s an account of an academic freedom debate I had with Republican Senator Bill Morrow on March 23, 2005, as published in the April 5, 2005 edition of the Cal State San Marcos Pride.* Morrow had recently proposed Senate Bill 5—a worrisome effort to legislate speech constraints and ‘both sides’ ideological diversity requirements in university classrooms—to the California State Legislature.

A version of the Academic Bill of Rights, the bill did not pass. But it was pretty dicey for a while there, so I was fighting vigorously in my capacity as Vice President for Private Universities and Colleges, California Conference of the American Association of University Professors. 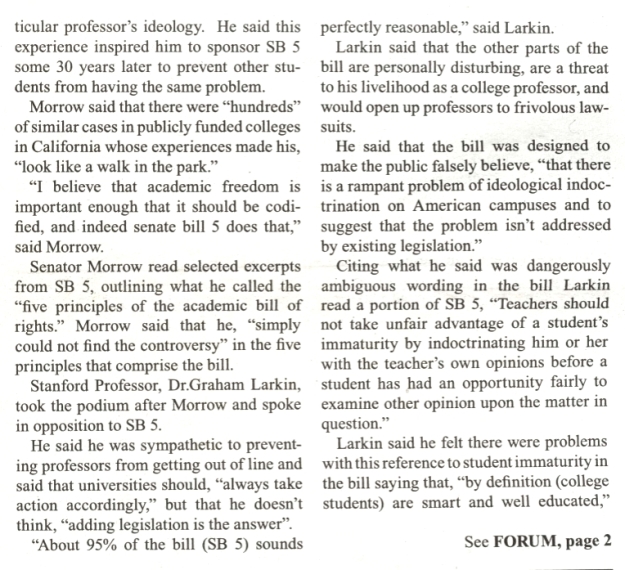 *Available in PDF here at time of writing.

From the archive : A 2005 debate about #academicfreedom in my time at the CA-@AAUP.