In June 2020 I moved (back) to California to live with my newfound soulmate. My plague-time research projects include research into punk/alt publisher V. ‘Valhalla’ Vale and his extraordinary Takaoka forbears, as well as a deep dive into a 1909 bird’s-eye view of my current ‘hood (DTLA).

Planning to get some cool books & exhibitions out of these, so stay tuned … 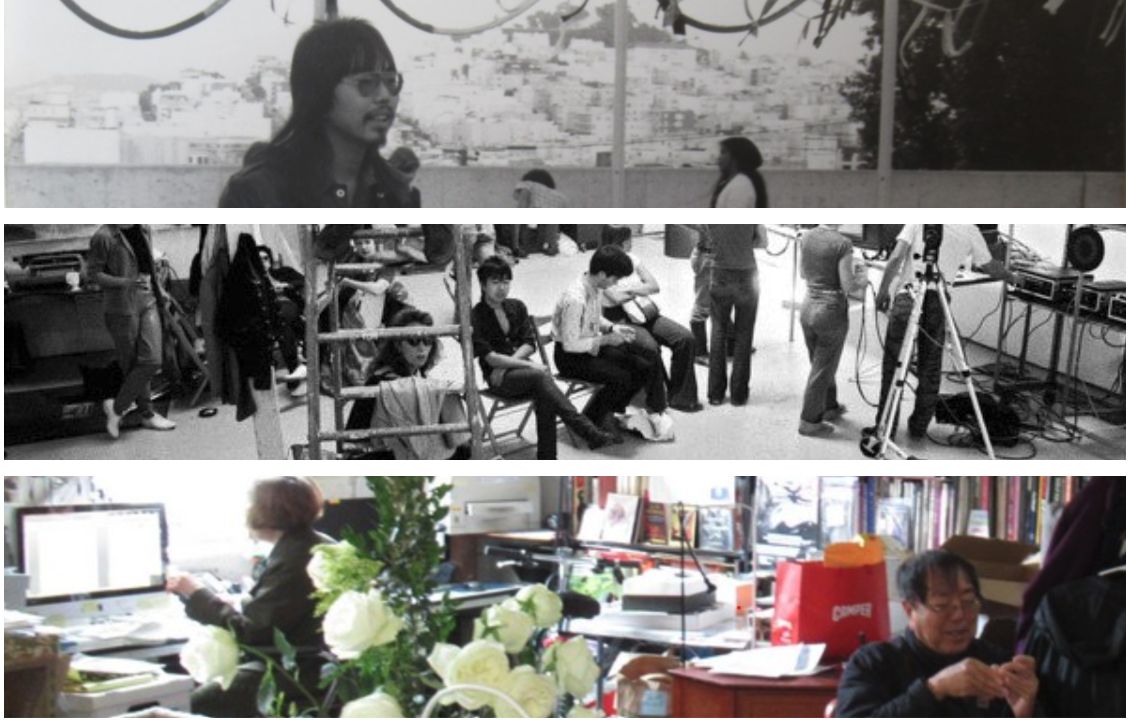 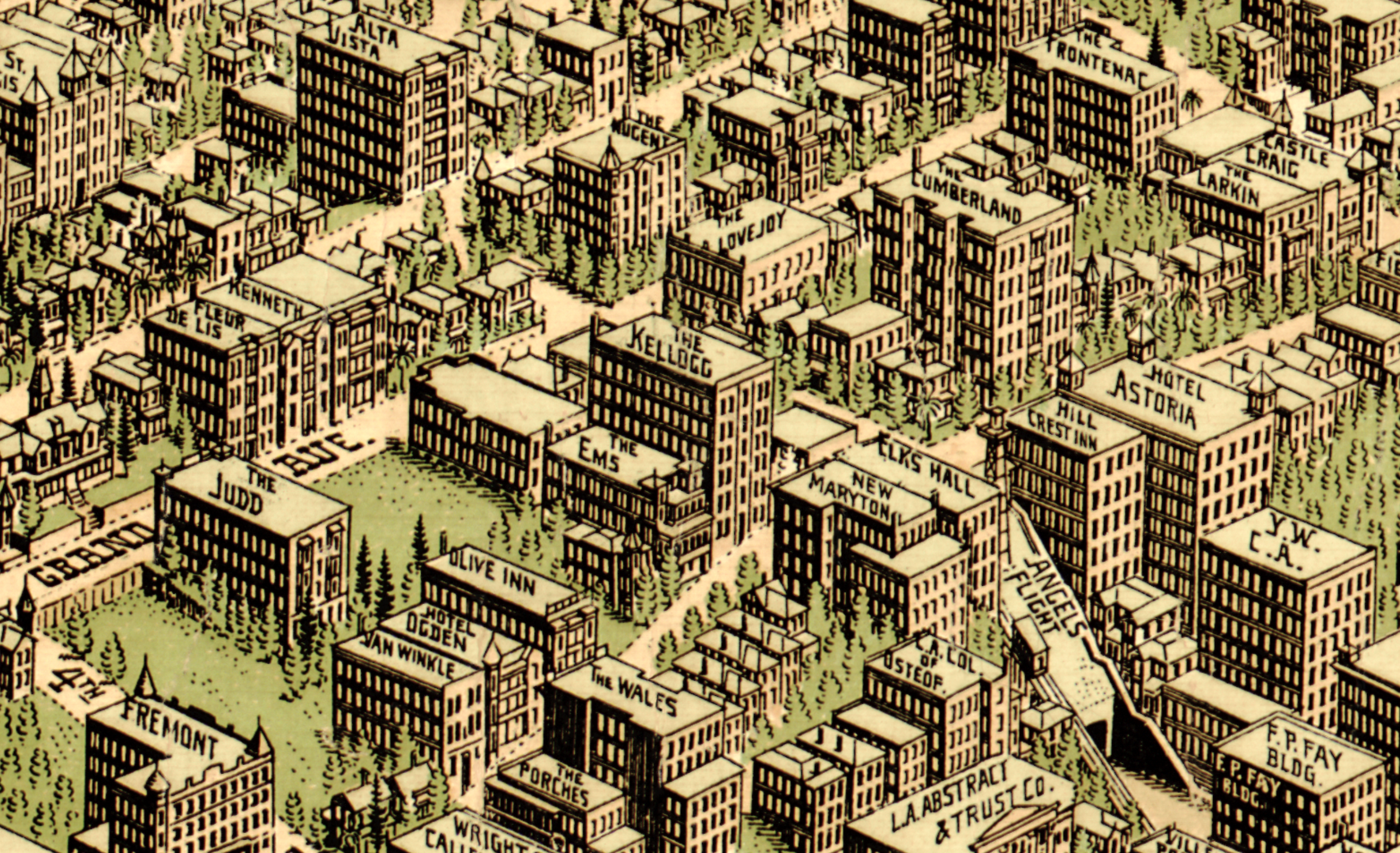 Fall 2018 : Wearing my Small Museums Canada hat I’m now working for the Public Health Agency of Canada in documenting and finding homes for the archive and many thousands of artifacts relating to the National Emergency Strategic Stockpile. The NESS was a medical and social services response program, created in the early 1950s as part of a civil defence plan in readiness for a nuclear strike on Canadian population centres.

Spring 2018 : Founding partner on the Our Greenway campaign to bring all-mode transportation corridors to the Greater Toronto Area.

Fall 2017 : Visited The Hague to speak about my exhibition of Marshall McLuhan’s DEW-Line Newsletters, which launched shortly before the McLuhan fonds was granted UNESCO World Heritage status—a submission that I helped prepare. The Hague installation is a component of the FEEDBACK exhibition that will be travelling to Berlin and other cities.

In summer 2017 I assumed editorship of Drop the A Word, a campaign to prevent the use of the word ‘accident’ in reporting on traffic collisions. This is largely a Twitter campaign (@DroptheAword) aimed at journalists.

In Spring 2017 I produced various communications including some pretty intricate digital timelines for Canada’s Department of Fisheries and Oceans, largely based on artifacts in Library & Archives Canada. These were used for internal Canada 150 communications.

Launched Love 30 Canada in June 2016, campaigning for 30 km/h speed limits in residential and urban areas on the model of the highly successful 20’s Plenty for Us campaign in the UK. Later in the month I spent a long and very productive day with founder Rod King.

January 2016: Digital humanities instructor at Southern Methodist University, Dallas. Along with a team from the Hybrid Publishing Group I worked with professors Lisa Pon and Beatriz Balanta on developing research tools for an interdisciplinary graduate seminar in the history and theory of communications. After training the class in metadata basics and cataloging software, we worked with select students on designing digital archives of 19th and 20thC photo albums in SMU collections.

December 2015: Launched Vision Zero Canada. An organic outgrowth of the Slow Ottawa project, this is a registered non-profit advocating for the elimination of traffic deaths and serious injuries across Canada.  Here is the Twitter feed, which garnered about 4,000 followers in the first two years. Here is the bike sticker multipack, which is part of far more elaborate agitprop campaign.

October 2015:  Getting closer to putting design producer on my business card as I take on the role of Principal Researcher, Knowledge Design at the Hybrid Publishing Group. These are the people I worked with on the production of the Hybrid Media Player, a dashboard that syncs a low-res video of my McLuhan centenary lecture (Berlin, 2011) with the corresponding ‘slide deck’ and transcription. If that site is down, please accept my apologies. It happens with these little experiments.

Launched in May 2015, smallmuseums.ca, provides a range of services and products to small museum and heritage sites throughout Canada. The main focus so far has been in developing the product line and in getting the products into locations to which one can donate additional stock. Click on the image below to visit the online store.

My Berlin fan club unveiled a greatly enhanced interactive version of my 2011 Berlin talk on 30 April 2015 at the Libre Graphics conference in Toronto. Details here.

The Slow Ottawa guide to sustainable living was launched in October 2013. It includes a website with audiocast, and Pinterest boards with ~12,000 truly global followers. At one stage those boards had ~750,000 monthly viewers and ~60,000 engagements (i.e. likes or repins) per month. It was great to be having that kind of impact in promoting good design, but I lost interest in posting after Pinterest became cluttered with advertising.

After almost a decade out of the public fray I started blogging again in January 2013, the day I found out about the suicide of my friend Aaron Swartz. Here is the post that I wrote that day I heard the terrible news. It ends by saying:

I feel compelled to grieve with this, my first really public pronouncement since I walked off the AAUP stage. I’m not sure what’s next, but under the circumstances being quietly bereft and outraged doesn’t feel like an adequate response.

Thanks, Aaron, for all that you gave us. We miss you dearly, and we will continue the struggle.

I’ve been engaged in a very open struggle for freedom and justice ever since. These days that mainly takes the form of the Vision Zero Canada campaign, which could use your support. 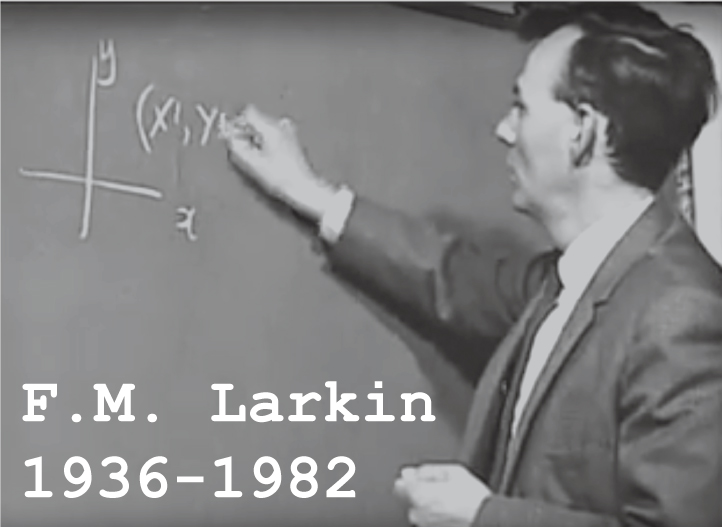